This morning, I lead a mindfulness session with women workers at Brighton and Hove council for International Women’s Day. It was a great session. 22 women, more than half of whom had never practiced mindfulness before, the other half barely. As always I was filled with enormous gratitude and a sense of privilege to be doing the work I do, and sharing this incredible practice.
These women’s courage, honesty and humour really touched me. One woman talked about the guilt she felt whenever she made time for herself or for some self-compassion – that sense that she *should* be doing for other people, meeting expectations, demands, duties. Another woman spoke about the fear she felt, just at the thought of moving out of the busy, controlling headspace she usually occupied, into a more open state of simply being. I hear these things so often, and every time I’m grateful to hear them, to share them and to learn from them.
Mindfulness is one of the most radical things we can do in our lives because in practicing it we open to all the guilty, fearful, hidden places within ourselves and gently allow ourselves to experience them, letting whatever it *is* just be as it is – in the moment. It’s radical, because in the open space of mindfulness nothing need be hidden, ashamed, belittled or judged. It is radical because it transcends boundaries and barriers of gender, race, religion, age and sexuality. It is radical because it isn’t done to gain approval, assert power or pretend wisdom. It is radical because it’s done for no other reason than to know ourselves better, accept ourselves better, to become intimate and friendly with every experience we can possibly experience. And in doing so, we are so much more able to do that for those around us too.
On International Women’s Day, I can’t claim that mindfulness is the answer to the world’s inequalities, abuses and tragedies – but for me it’s part of finding the answer, and in sharing a mindful space with those 22 women this morning, I knew I was in the right place, doing exactly what I ought to be. 1 woman (or man) at a time, dear folk, we can change. (Starting with ourselves!).

Mindfulness & The Art of Drawing Published by Leaping Hare Press 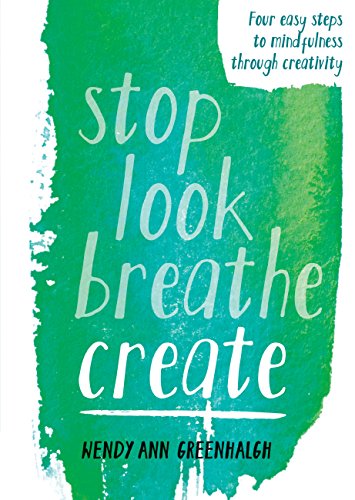